Bruno is no stranger to the spoken word winner’s row, having placed second in the 2015-2016 singles competitors Intercol, held in March 2016.

Giving judges’ remarks during the prize announcement, Spencer said that the standard of competition was extraordinarily high and praised all the participating schools. Public relations officer of Unicomer, Nicole Loney-Mills, expressed Courts’ dedication to intercollegiate spoken word excellence, saying that the contest has grown from strength to strength.

The Courts Bocas Spoken Word Intercol is a landmark Bocas Lit Fest project that works with the dynamic youth group, 2Cents Movement, in over 50 schools each year to expose secondary school students to a creative form that allows them to express their thoughts and engage with matters of personal, social and political interest. 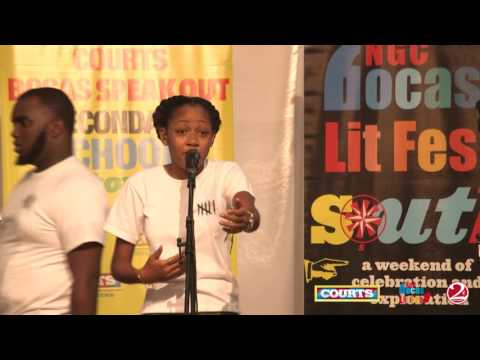